Since Commissioner Mike talked about the subject of kayfabe earlier in the week, I wanted to talk about the world that MWF is attempting to build… the ‘Manilaverse’ (as mentioned by Creative Director William Manzano). 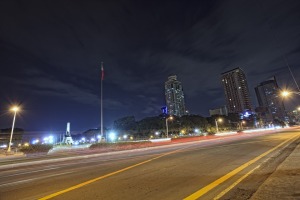 Manila. Where our creative universe lives.

The term ‘Manilaverse’ was coined by one of our performers (Bismillah Constantino), and we now use said term to refer to the ecosystem that we are looking to create here, in Manila Wrestling Federation.

Now, every system must have its own set of rules in order to function. In order for anything to make sense, one must first understand the mechanisms of said system, in order to properly comprehend it.

This is one of the many challenges that plagued both Mike, and William throughout the entire creative process. In my many discussions with them, they laid out to me how the ‘verse must function as a world outside of the real… they had to go for the hyperreal.

Because wrestling IS fake. It’s NOT real. But, if done correctly, it’s better than ‘real’. ‘Real’ is paying a bazillion dollars for a ringside seat to see a MMA main event that lasts only a few seconds. Unless you are a fan of those five second fights, one might be left feeling a bit short-changed, no offense intended. That is where wrestling, for me, works better than ‘real’. 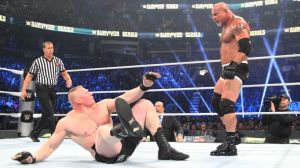 In wrestling, we grew up expecting grueling bouts, traditionally, between a force of good, and a force of evil. That is why, for example, the Brock Lesnar vs Golberg match at Survivor Series 2016 worked so well, because people weren’t expecting it. They were able to use their ‘rules’ to shock the system, so to speak.

Now with all that in mind, what does the creative team intend to do with the ecosystem they are looking to nurture? The Manilaverse will have its own set of rules, some are already in place, others will come about organically. This is why kayfabe, or the complete suspension of disbelief, will be one of the main initiatives the Creative Department is looking to cultivate.

From the moment one steps inside the venue for an MWF event and that bell rings for the first match, they are looking to whisk you away to a reality where closed fists are illegal, rest holds actually mean something, and every action each performer makes has meaning, and consequence. They want you to pick your favorite performer, and cheer for them, because you empathize with, or relate to that particular performer, to cheer as loud as you can for said performer, and to feel the anguish or joy with each victory or defeat.

Every single time I’ve watched a wrestling event, I’ve always put on my mark goggles and just let the emotions of the laid out story take me on a ride.

Watch as a mark first, then analyze as a smark after. We’ll all be the better for it.

Lastly, for my hair care regimen…

I clean my beard with soap. Sometimes. My girlfriend is not amused.

Just simple soap and water for the rest of the hair.

Follow these steps to have long, luscious hair as myself. Or be Arab or something, I dunno.

And yes, William, I do look better than you. Pero slight lang. Labyu po. 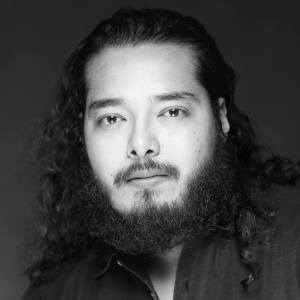 What a good-looking guy.