The Arena (Rune Stones & Voodoo, Who Do #6)
By Commissioner Mike (CM) Shannon

Before I begin with my blog, I just want to take this moment to thank everybody who came down to Centris for Kasaysayan. It was an amazing night that more than lived up to its namesake and on behalf of management and the locker room, I just want to thank everyone for their unending love and support. We could not have gotten here without you and I can promise you that it’s only going to get bigger!

Consider this a brief spoiler, but do stick around and keep your eye on the MWF Insider blog because we have something very special in the works… Something that’s been a long time coming and something that a lot of our Kapa-FEDS have been asking for since day one. And as we begin our journey to MWF 2: Maki-Wrestling, ‘Wag Matakot, we are going to be using this blog to share all the latest updates on this truly game-changing event!

As of tonight, it’s officially going to be two weeks since the events of Kasaysayan. And as I sit here, with ECW’s Barely Legal playing on the TV, I can’t help but think of the very venue that brought the Manila Wrestling Federation- and Philippine wrestling, in general- to the dance: The Makati Square Arena. 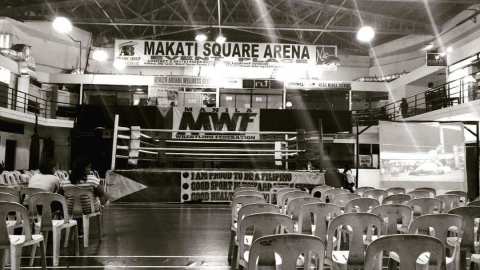 In many ways, this venue and its hold on Philippine wrestling almost mimics the mighty ECW Arena (Viking Hall/New Alhambra- call it what you will). Here was a very harsh venue that was inviting and charming enough to spawn an entire community that produced three wrestling promotions and a generation of workers who wanted nothing more than to prove that they too were worthy of calling themselves wrestlers.

My story with the Square started a good ten years before any of this wrestling stuff was even a possibility. In my teens, I would make a regular pilgrimage to the Makati Cinema Square for all of my geek needs. In the days before torrents or digital streaming, the MCS was the only place you could go to if you wanted to get high-quality DVD rips (with bonus features) of cult movies, old TV shows, and yes, pro wrestling.

But even with all that, I had no idea what was waiting for us in the second floor until my buddy Alessandro Pacifici gave me a heads-up on a potential venue in June 2014. I gave it a look during my regular DVD hunts and I couldn’t help but find myself taken back by what I saw: here was a two-story venue that could hold a good crowd and a ring that was just ready to be broken into. But more importantly, I saw a flourishing community of athletes who maybe, just maybe, would be willing to accept us.

At the time, the Revolution had produced its first test show and we were eager to take it to a bigger audience. And so, with the company of Draven Sloane, and a couple others including Jake de Leon, we took a look at the venue and tested the ring. Now, the ring back then was incredibly stiff. There was no way anyone could take a bump in that ring without getting hurt. So, it was decided then and there that mats were needed in order to protect the safety of the guys in the ring.

Sadly, in the weeks leading to the show, I was evicted from the promotion. Initially, I thought it was just from my position in creatives. I had still wanted to come to the show and show my support, but after having been asked to politely delete myself from what’s now the street team, I took the hint. And from a distance and with a bittersweet heart, I watched the Revolution grow…

I was happy for them, but it was hard for me to accept all the success after what had happened. Somehow, someway, my friends and I did our best to move on; each of us holding onto an unspoken pact that one day, we were going to make our own history in the Arena.

By early 2017, the Revolution moved on to a new home, leaving the Makati Square Arena as ours for the taking. Looking back at it now, MWF Live was an emotional homecoming for everyone there. Whether you were part of the promotion or were sitting in the audience, everyone who walked into the Arena that day all had their own relationship with that venue.

In total, we were fortunate to have five shows in the Arena… And to sum up our relationship with the Makati Square Arena, it was really love/hate at its finest. By the time we stepped in, the ring had softened, so the boys were able to take bumps without the need for additional paddings. 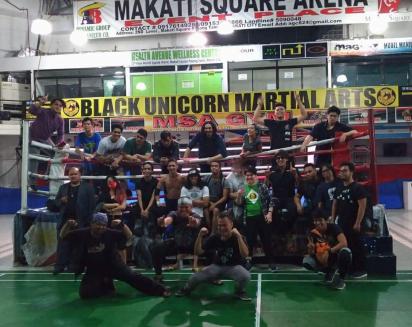 But, the ring had also suffered from all that abuse. The center of the ring hid a crater that always felt like it was one powerslam from breaking through and don’t even get me started on the ropes- the corner posts had snapped on us so many times that it’s nothing short of miraculous that our guys were able to even launch themselves off the top rope!

So yeah, dealing with that ring was a pain. But at the same time, that ring did what it could and she gave us a lot of love. Every Saturday, she held her own to support back-to-back MWF and AOWW trainings. She wasn’t easy, you had to think twice about every little thing you did, but she gave a number of young wrestlers the chance to follow their dreams and become someone worth remembering.

Sure, sometimes the aircon wouldn’t work and working microphone seemed like it was a dream away. But that venue was a lasting testament to everything that makes Philippine wrestling so special: here’s a young community that’s been starved for live wrestling that wrestlers and audiences alike were willing to put themselves through so much discomfort just to make the magic happen.

To wrestling fans, the Makati Square Arena was the birthplace of Philippine wrestling’s revival. However, to the people who worked there every day, it was more than just an events space: it was a community. On any single day, you could walk into the Makati Square Arena and find a hosts of different sports all sharing the same spaces. Whether it’s pro wrestling or boxing, karate or badminton, that place allowed anyone who stepped through its open doors to become anything they wanted.

When it wasn’t used for events, the venue was home to a number of religious services, serving as the spiritual heart of a community that has enabled the Makati Cinema Square mall survive for decades past its prime. It means so many different things to so many different people, that it’s hard not to think of all the different people whose lives changed because of that venue.

The Makati Square Arena was operated by Ms. Helen and her husband, Bong. And they were always so good to us. They gave all of us- MWF, PWR, and AOWW- the chance to make our dreams come true. We wouldn’t be where we are if it wasn’t for their openness and more importantly, their tolerance. In behalf of everyone at the Manila Wrestling Federation, I can’t thank them enough.

In the days leading to Kasaysayan, Martin Vicencio (the gentleman podcaster behind Jobber Talk) shared an incredible fact that never came across my mind: Robin Sane participated in the first and last wrestling matches in the Makati Square Arena.

Given where the Manila Wrestling Federation is headed in the next few months, I couldn’t think of a more fitting way to open and close the story of pro wrestling at MCS.