MWF 1: Kasaysayan is in the books, and we thank you all for the overwhelmingly warm and positive response we’ve been consistently getting. We were all very anxious and nervous in delivering you a narrative-based and character-driven wrestling show with Pinoy sensibilities, and we are happy to know that you are willing to ride this adventure with us!

Christopher Sandico Pepper Being your most favorite fan I have one question with a potential sub question , have you fully killed Moises by presenting the Sadako character? And if you did , could I go fully Annie Wilkes from Misery on you?

The introduction of the mysterious ghostly lady is not in any way, shape or form designed to kill any character or storyline, especially the Moises Liwanag arc. Without spoiling the next story beats, all I can say is that we are exploring the whole Liwanag cult backstory, which personally is delightful and fulfilling to imagine.

And, if you ever go through all the trouble to go full Annie Wilkes on me, I consider myself an artistic success, that my work has affected you so much.

On a serious note, the December shows featured Fabio Makisig joining Coach Gus Queens’ stable, but Open House and Kasaysayan seemed to have scrapped this development. Is there a reason for that or was it just something the was arbitrarily dropped?

If by cannons, you mean a nice, satisfying payoff to the Aldrin/Hanzello storyline, I say YES, when all the stars align.

Creatively, we see Fabio more as a leader rather than a follower. If he will be a part of a faction, he will lead it rather than just be a lackey. We explore Fabio Makisig’s character more in the following shows, as well as Gus’ attempts at global domination. 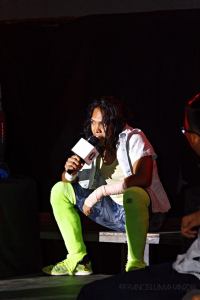 Carlo Agoncillo Kyle and Ashura seem like an odd couple (hypebeast and Ninja Girl) will we be seeing a Ninja Ryujin /Ashura tandem in the near future?

Hey, I like odd couples because it brings out character dimensions in both individuals through contrast. Ashura and Ninja have faced each other before, and I definitely see them crossing paths in the future again. Ashura is more of a volatile, still-finding-her-place-in-the-world character, and Ninja is the wise, open, one-with-the-universe type, so there still are layers to that story when we decide to run with it. 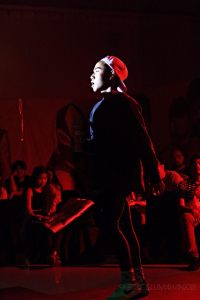 Sebs Daniel Argarin What is your opinion about the deathmatch genre? Do you think it has its place on the southeast asian wrestling scene?

If you’re talking about the Japanese-style or CZW-style deathmatches, then I think they should have no place in professional wrestling. See, the point of pro wrestling is to tell athletic and physical stories in the ring without legitimately hurting anyone, as safely as it is convincing. When you hit guys with light tubes and other harmful weapons that shorten wrestlers’ careers, especially in front of only a few people, I don’t really see a benefit to all that.

I won’t spoil anything, but you will get an answer to this question REAL SOON. J

Ulysses Galapon Cedeño Will we ever see an MWF vs AOWW event, or an MWF vs PWR one?

Not sure about whole cross-promotional events. I think it’s really early to think about something like that. However, we’re at a great time where MWF is on good terms with both AOWW and PWR. Personally, I’m happy to be in touch with old wrestling friends and acquaintances from both promotions. As Vince McMahon would say, NEVER SAY NEVER.

That’s it for this week! Leave your follow-up questions at the comments section, so we can continue the discussions. Also, wait for the official announcement of the 1st ticket giveaway raffle on Friday in Tarek’s Take.

Meanwhile, congratulations to the winners of the Void Blaster ticket giveaway promo:

You win one ticket each for MWF 2: Maki-Wrestling, ‘Wag Matakot!

See you there. We’ll give you a good show, as always!