I’m so sorry this article is coming late tonight, since I had a lot of things to write for my day job today. Not to mention the fact that there are so many questions and discussions at the FB Insider group today! I can’t thank you all enough for the interest in the stories we tell, and your love for the wrestlers who work so hard for this whole MWF project to work. Words won’t give justice to the hard work they all put in, so thank you for all your support!

Ulysses Galapon Cedeño If there will be a championship that can be defended locally between AOWW, MWF and PWR, what would you name it and who should be the inaugural holder?

Whoa we’re starting off hot tonight. Forgive me for being a bit bitchy with my answer though.

Ritz Sy Just needed to get this off: I love how the promotion gets a theatrical touch.

Now my question is, do you plan to have a standard annual big event with twists? Four famous examples to that is WWE’s Big Four PPVs.

Hey thanks, Ritz! We are happy that most of you appreciate all the creative efforts we’re doing.

Creatively, we do, and always will, try to book things with the same effort for every show. We want the storytelling to be solid and steady, and all characters developed as much as possible in each show. However, in terms of production scale, we plan our “Big 4” events to be Kasaysayan, Republika, Road of Fate and Noche Buena. But don’t ever think that some shows are creatively lesser than the others, because we don’t treat our shows that way. 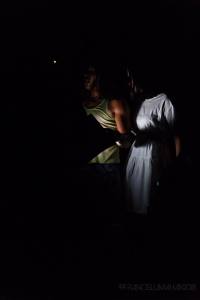 Carlo Agoncillo After the debut of the Sadako girl who frightened Fabio at the last event. Will you be introducing other supernatural characters similar to the Undertaker and Kane in your future shows?

We don’t have plans about that yet, so I can’t answer with a yes or a no. However, I really feel like any character or gimmick could work within the right context, story and character treatment. So, anything is possible within the ManilaVerse.

So, this one got quite a few comments and thoughts in Llermo’s FB post. All of them are interesting, guys. I love that discussion.

But, Occam ’s razor guys. The simplest explanation is the one that works best.

See, Hanzello Shilva is an exceptionally athletic young man who’s got a bright future ahead of him in wrestling. He sees himself as having the physical strengths and virtues of a wolf, so he embraces the wolf as his spirit animal. As we progress, we will see more of Hanzello’s journey, and we will see him grow and succeed.

Naj Siplon When are you guys going to have an official youtube channel? I haven’t gone to a show since the relaunch but it seems that the production values of the promotion has improved. It will be a waste if it can’t be shared on the internet.

Christian Benedict Javier Why is there no individual FB pages for the wrestlers? (Dunno if this was asked before)

Jaems Relativo Have you ever thought of utilizing Facebook/Youtube streaming? Like, if ever MWF makes an Internet Championship belt, I think it would be cool if all of its title defenses would be free on live stream (WCPW did this before). If the fans would want to see the rest of the event’s matches, they have to buy a ticket (or wait until it’s uploaded on Youtube after a few months hehe). So parang maganda siyang patikim without giving everything to the audience agad-agad.

The answer is because we’re a small company with big ambitions, and our vision just can’t be fully realized in a short period of time. We want to streamline all of our online content so it becomes as consistent as possible with our vision of the ManilaVerse. The individual FB pages can definitely happen sooner, but we’re strategizing everything as of the moment.

And while there are no YouTube content yet, all our video packages and show highlights/clips can be viewed on Facebook, where we promote our shows, stories and angles. So if you haven’t checked out the video packages yet, go there and view them now!

Of course, we want you to come to our shows and experience the fun! There’s nothing like being there, cheering and jeering with your fellow fans.

About utilizing Facebook Live and YouTube streaming, every possibility of promotion is being considered, but as I said, we’re still a small company, and we’re strategizing everything for maximum benefit.

Mark De Joya Superstar Shakeup, Pinoy Version. Who would you draft from the other feds to beef up your roster? Who would you trade to another, for learning and exposure?

I’m afraid I’m gonna have to give an answer that, on the surface, would feel like a non-answer.

MWF works with a singular creative vision, so all our decisions are narrative-based. Every single one of our roster members understand that, and are working with us to make sure that their efforts as wrestlers align well with our vision.

To answer your question, anyone who is ready, willing and able to work with our company dynamic would be very much welcome in the future. Right now, all of the MWF rosters have definite and specific plans until about the 2nd or 3rd MWF year, so I wouldn’t add to or subtract from it until the time is right. 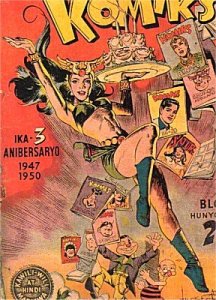 Maow Del Rosario Personally, what would you say is your creative process when coming up with show names and poster designs?

Man, you wouldn’t believe how much ideas are thrown out for show names. We usually just drop whatever we can drop, no rules and no inhibitions. Some are ok, some are crap. We’d just know we had it good when everyone else stops pitching and we all say “That sounds good. Let’s run with that”.

In terms of poster designs, we want our posters to look like the Filipino komiks of old, to emphasize that our shows are uniquely Pinoy-flavored episodic storytelling events.

Christopher Sandico Pepper As your favorite fan. I expect a lengthy answer to my question.

With Robin Sane having his return match at PWR after being stretchered the first time around , due to Frankie Thurteen being assaulted by Trian dela Torre, would you tell your talents to avoid sitting on the front row sits of other PWR events to prevent this from ever happening again?

Hey, yes Robin Sane will have his return match at PWR Wrevolution X, one week before MWF 2: Maki-Wrestling, ‘Wag Matakot. Told you, it’s nice being in touch with old friends and acquaintances. We hope you guys support and watch both shows!

If everything was my call, I would make it a written law to only allow MWF Senior Analyst Tarek El Tayech to be seated at the front row of PWR and AOWW events, so I would always see his big, overly theatrical reactions in  all videos I watch. All the other MWF wrestlers who want to watch should wear black hoodies behind Tarek and try to mirror everything he does , so he’ll look like a crazy cult leader and it will be weird and disturbing for everyone.

Crisencio Galvez what would you name the sadako girl the spooked fabio makisig.

You’ll know her name on May 27 evening.

Thanks for your enthusiasm, Akashi! But, we will only allow trained wrestlers to step inside the ring for a match. So, unless you get trained soon, I hate to burst your bubble.

That’s it for this week! Leave your follow-up questions at the comments sections here and on the FB insider group! Thanks a lot, and I look forward to seeing you all again on May 27! #TuloyAngLaban