Okay, so before I get any further, I would like to announce this: Manila Wrestling Federation will be at HistoryCon 2018. On Friday, June 1st, 2018, representatives of this promotion (namely myself and Senior Analyst, Tarek El Tayech) met with Jacque Ruby, president of A&E Networks Philippines, to discuss the promotion’s involvement in this year’s event.

Since the inception of the Manila Wrestling Federation, HistoryCon has always been a very important weekend on our calendar. During the inaugural convention in 2016, MWF worked the Singapore Pro Wrestling (SPW) and Australiasian Wrestling Federation (AWF) to produce a series of back-to-back weekend shows that would launch the careers of a number of our more tenured performers.

The chance to entertain and showcase our skill at the very event that brought us to dance is truly an honor, and on behalf of everyone at the Manila Wrestling Federation, we look forward to seeing our Kapa-FEDS there!

It’s six o’five on a Sunday night. MWF 2: Maki Wrestling Wag Matakot was supposed to start five minutes ago. And while the fans have taken up every seat in the venue, many are still filling themselves with all the different snacks and treats we’ve got at the concession stands in the front of the venue.

I’m not nervous. But I’m not calm either- I’m somewhere in between. I have to be. In the days leading to the show, a lot of people would ask me if I was excited. I’d reply, “Ask me that again after Sunday”. Granted, I do have fun. But as far as I’m concerned this is work. And I’m going to treat it like work.

Coach Gus opened the show, earlier than originally scheduled. He was set on making a real impact on the show. As much as I hate it when he does this, I couldn’t ask for- let alone expect- anything less. For the last year, Coach Gus (and Rex Lawin, to an extent) have tested my patience time and time again. And while I allow him to get away with this behavior in small doses, the night promised some sweet revenge that’s been a long time coming for many of us.

And so, at exactly 6:10, the show started: following the national anthem, Coach Gus Queens burst into the Bahay Ng Alumni with a marching band. He took his moment to antagonize the audience (again), to which the signal was given for R.G. to rush to the ring to cut him off with some well-deserved punishment, after of course an exchange of choice words.

While R.G.’s work ethic as a wrestler was a given, I couldn’t help but find myself pleasantly surprised with how well Coach Gus handled himself. He actually trained for this match and it showed. He took what R.G. gave him and dished it right back. The match was hot, and it wasn’t long before both men spilled into the university grounds.

For the first time, the MWF locker room just felt electric. While many of us arrived to the venue in the morning, our backstage team and ring crew had been in the venue since 4:00 AM that morning. Their hard work enabled the boys and girls of the Manilaverse to get the some last minute training before the show began later that day.

Every single wrestler who was scheduled to wrestle that night came into the Bahay Ng Alumni prepared, and absolutely ready to storm into that ring and prove themselves to every Kapa-FED who had paid to see an unforgettable night of wrestling. Yes, there were a lot of nerves floating around that night. Every one of them came into the show to ultimately get the better of their fellow wrestlers, but even then, there was this sense of team spirit that was hard to deny.

In short: it didn’t matter who you were, who you were facing, we were all in this together!

During the middle of the show, I came to the middle of the ring to thank our audience and announce the first round bracket for our upcoming MWF Championship tournament. But before I could announce any of the other matches, I was cut off by a man I never expected see face-to-face in the center of a wrestling ring: Stan Sy, the longest tenured general manager in the history of Philippine wrestling.

Granted, we had met informally several months before during Star Wars Force Friday, but this was the first time we ever faced each other in that capacity and we did give a moment to sink in. I had no idea he (and his ‘manok’) were in the building, but here they were, and I welcomed the surprise and allowed history to unfold.

Sandata and Rex Lawin gave us a memorable fight. Photo by Trixie Dauz.

Sandata came into the ring decked out in U.P. colors, looking for a fight. And that was answered by someone who wanted nothing more than to kick my ass.

For the next fifteen minutes, Rex Lawin and Sandata- two wrestlers with two completely different histories and fighting styles- tore the house down. Sandata had Lawin on the defensive, keeping himself one step ahead, until Rex Lawin found his opening to brutally overpower Sandata.

If Rex Lawin proved himself to be the most dangerous wrestler in the country today, Sandata showed just why he’s one of the best, most-rounded technicos in Philippine Wrestling. Selfishly, I can’t help but want to see him back at MWF ring. This time kicking Rex Lawin’s butt so hard that he stops pestering me about that stupid medal!

Another treat was the premier of Sagot Kita II. After a long hard search and two bottles of gluten-free mango juice Fabio chugged like Zesto, Gigz Stryker answered the call in, well, typical Gigz Stryker fashion! Together, the bully and action star went head-to-head with two of the most unexpected superstars to ever grace the Manilaverse: The Liwanags.

I’ll just say this:
1. Jomar is an absolute talent
2. Jorelle (a.k.a ‘Friend’) is a beast
3. I don’t know if Moises is dead or alive. Jomar and Jorelle keep to themselves backstage and have yet to answer this question. For legal reasons, we have to know as Moises has a backlog of uncollected checks that Management is close to donating to their church!

If there was any that kept on me the edge of my seat, it was the main event. Now, I knew what a big risk it was to book this match, but I also knew that there was no other way we could kick off our long journey to the MWF Championship. As so, as I watched two of my best friends destroy their bodies I thought of how long I had dreamt of this.

Years ago, I imagined the long road to a championship that wouldn’t just serve as a crown to the best wrestler in the country. No, I imagined something else: a crown that would have the power to unite ever single Filipino under the dream of a hero that represented all of our best qualities.

Robin and Lucha were nervous. We all were. Somehow, they carried all that nervousness, put their friendship on the line and fought, knowing full well that only one could return with their footsteps cemented on the road to history.

I’m proud of both of them. I have spent the last three years watching over Robin Sane and Mr. Lucha. And while I could never give them all the riches I secretly promised them, they are both my boys. And I couldn’t be prouder of them.

A moment etched in MWF History. Photo by Noel Tanjeco.

The show didn’t end after Robin Sane and Mr. Lucha. After a brief interruption, Gus an R.G. stumbled back into the Bahay Ng Alumni. They ducked it out in the center of the ring, working past interruptions from Rex, Sandata, and Mr. Sy. In all the commotion, Tarek snuck backstage and saw a baton sitting on our table. We didn’t know how it got there, but Tarek picked the baton and looked at me with a nod before returning to ringside.

On the monitor, I watched Tarek slowly approach the ring as Coach Gus looked for a misplaced baton. Someone must have returned it backstage after the events at the top of the show. With a coy smile, Tarek tossed the baton to R.G., who in turn, decked Coach Gus Queens right in the head before taking him down with a modified Kalibre 3:16. Oh my God- that felt so good I needed a cigarette.

And so, with the sound of a marching band who had dawned their school colors and the sound of hundreds of screaming wrestling fans, we closed Maki Wrestling – Wag Matakot with a bang.  I took a deep breath, knowing full well that despite all our nerves and personal vendettas, we all put together the best wrestling show this country had ever seen.

We shared hugs and tears, knowing full well that we made it. I gave myself that moment to celebrate, but I couldn’t bask for it too long, because we are just one breathe away from MWF 3: Republica, and there’s a lot of work to be done. 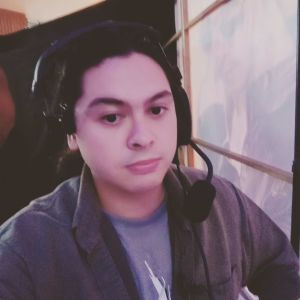 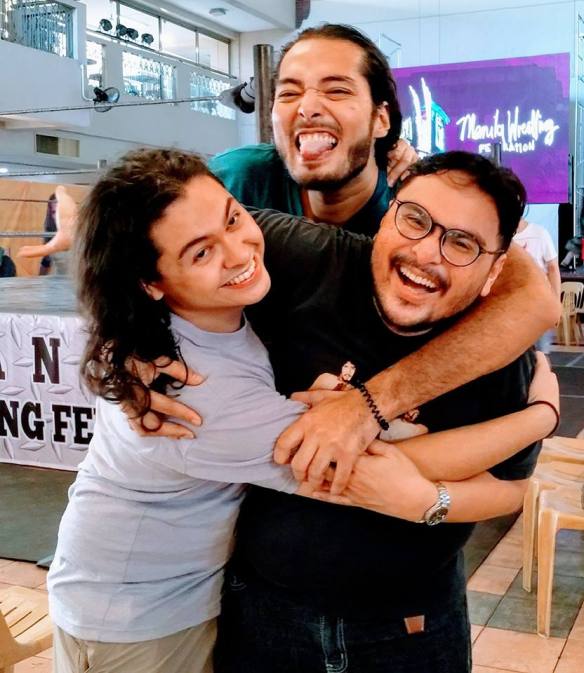 1 thought on “Tales From Gorilla [Rune Stones & Voodoo Who Do]”