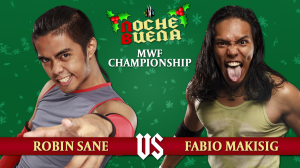 Offering more of its ever so highly entertaining and action-packed brand in the jolliest month and closing their first official year with exciting matches and fun-filled stories, MWF shares the gift of awesome wrestling that will have you wanting to be Nice instead of Naughty in Santa’s list.

The Federation’s resident hypebeast Khayl Sison, who is quickly becoming one of Philippine entertainment’s most naughtiest hated villain, has issued an open challenge to anyone who wants to try taking him down. Who will step up to the plate? 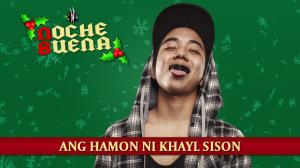 The ever-cool MWF resident action hero Gigz Stryker and his trusty sidekick RG, cap off their wild and eccentric cinematic adventure against the charismatic cult leaders of “Ang Bahay ng Liwanag” in “Sagot Kita 6: D’ Final Showdown”, the finale of the film series featuring the MWF performers as well as film and TV star JC Santos.

One of the night’s historic main events involves MWF’s Mr. Lucha continuing his war against “Mr Philippine Wrestling” Jake De Leon. Will he finally be tamed and get his punishment? Or will he emerge victorious in this bitter, hate-filled rivalry?. 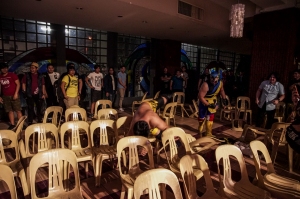 Even when in the crosshairs of “Danger” Rex Lawin, the perfect gift awaits either the high-flying, risk-taking Robin Sane or the streetwise bully from Batasan, Fabio Makisig, who will face off in a match to become the first-ever MWF Champion, along with a cash prize of Php20,000.

Watch the most entertaining live event in the metro and experience thrills like no other, because MWF is truly #MakingWrestlingFun!

ABOUT THE MANILA WRESTLING FEDERATION (MWF)

The Manila Wrestling Federation (MWF)  is the Philippines’ fastest rising live sports, theatre and entertainment company, carrying the torch of professional wrestling in the country and celebrating Filipino pride, courage and never-say-die spirit.

Having debuted in History Channel’s “HistoryCon” in 2016, the company is now known and much talked-about among wrestling fans in the Philippines not only for the MWF wrestlers’ incredible athletic performances but also for its high-level event production as well as its easily relatable and uniquely entertaining characters and stories.